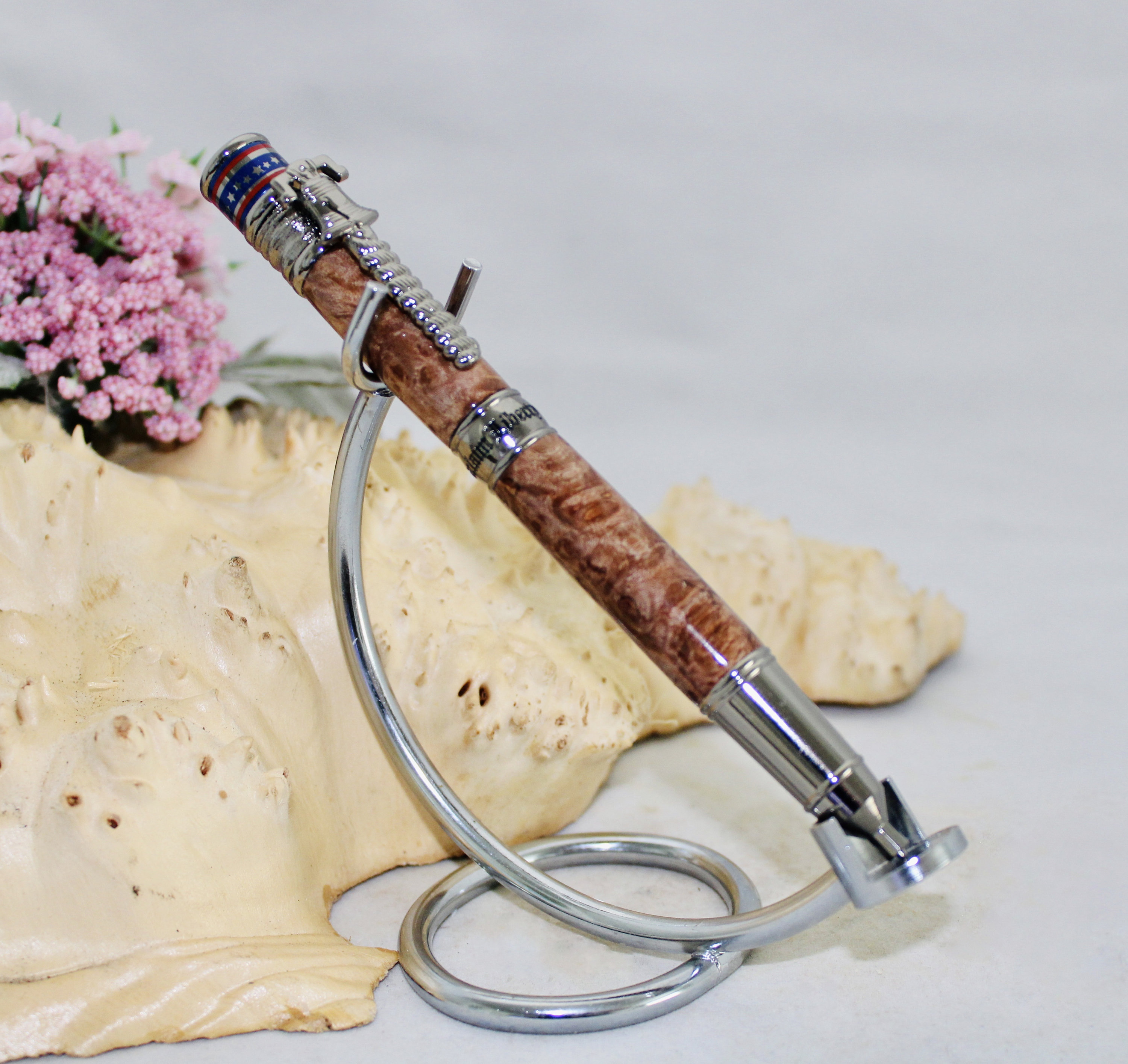 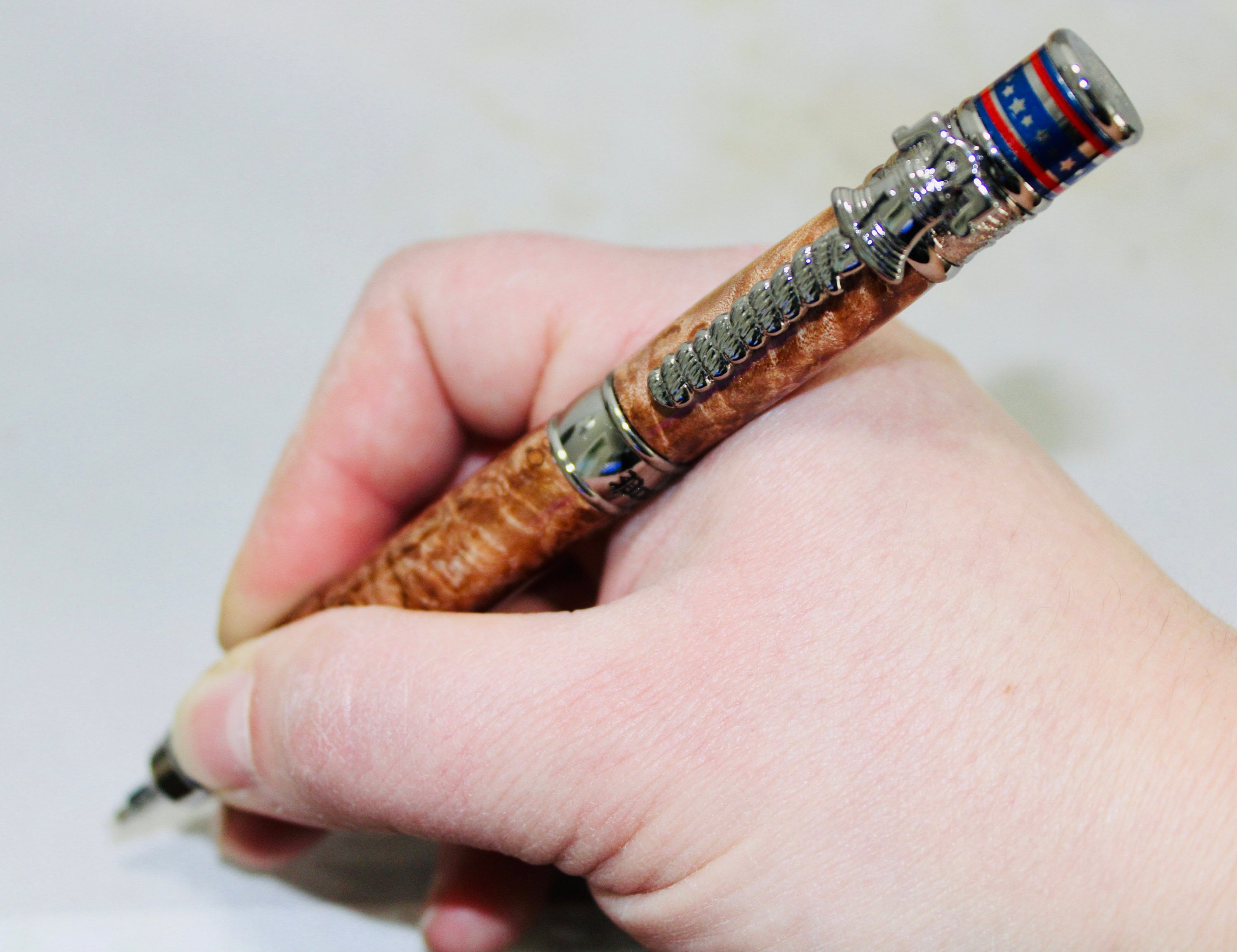 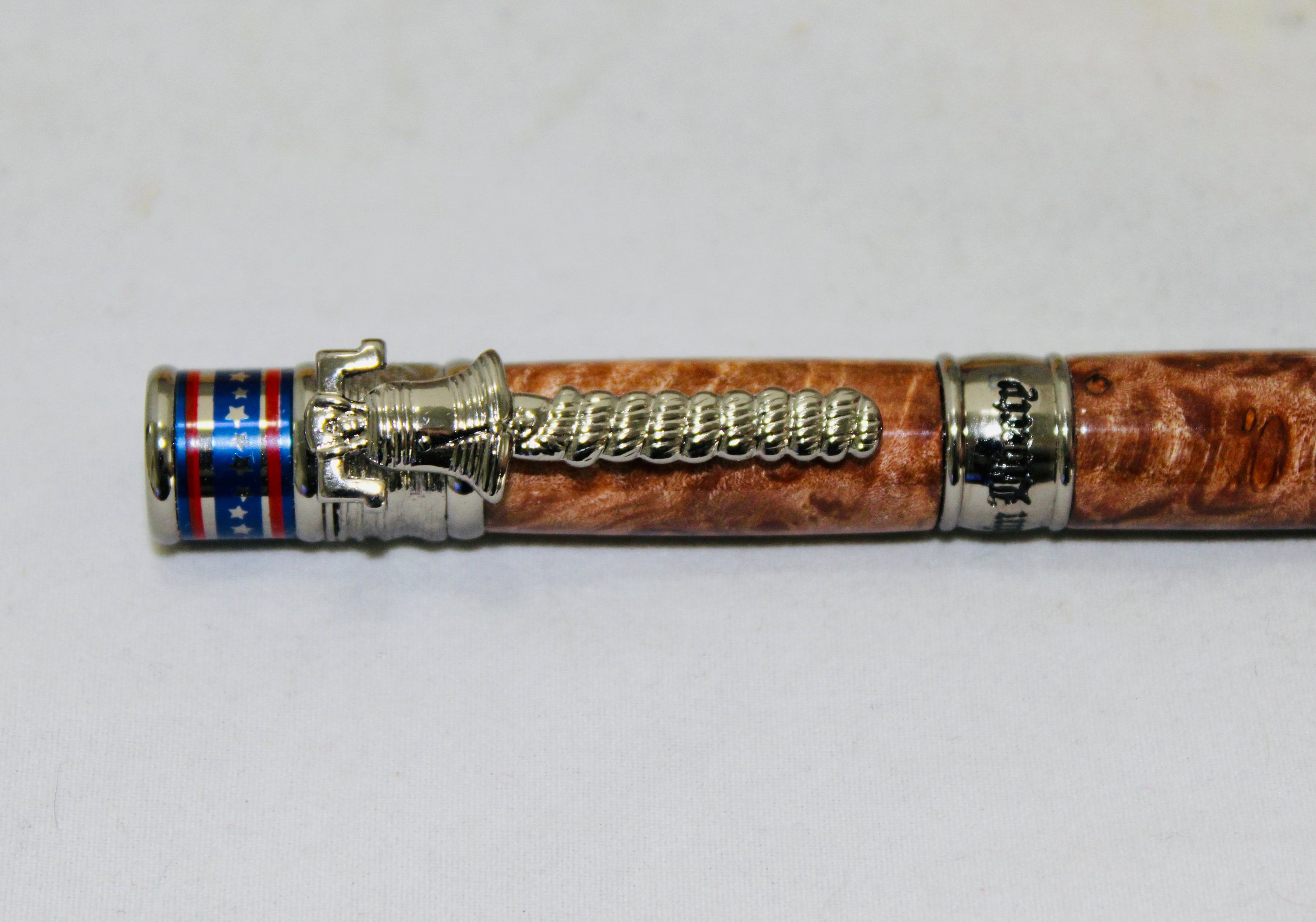 The Liberty Bell, located in Philadelphia, is one of the most iconic symbols in US history. The Pennsylvania Assembly had the bell made in 1751 to commemorate the 50th anniversary of William Penn’s Charter of Privileges, the state’s original constitution. “Proclaim Liberty throughout all the land unto all the inhabitants thereof” is inscribed on the bell, which was not called the Liberty Bell until the late 1830s when it became a symbol for the abolitionists who opposed slavery.


This spectacular pen captures many of the characteristics of the Liberty Bell: the attention to detail in the bell and rope clip, the nib shaped like the bell’s clapper, the American Flag draped around the cap, and the center band inscribed with “Proclaim Liberty.” Pen is equipped with an ultra-smooth twist mechanism, along with a Parker style refill for optimum writing performance.

Anyone would love a custom pen! Handmade pens make the perfect gift for any occasion or holiday; Graduation, Wedding or Birthday gifts. This would be great for men or women.

Our resin is lovingly cast and then carefully lathe turned by a husband wife team.

We send all pens $50.00 and up to the buyer in a showcasing box with a window in it, while others will come in a velvet sleeve.

I'll do my best to meet these shipping estimates, but can't guarantee them. Actual delivery time will depend on the shipping method you choose.

Ship items back to me within: 30 days of delivery

Questions about your order?

Please contact me if you have any problems with your order.

0 items in your cart